Introduction to "Amanda on Architecture."

The concept of the artist that we have today, usually male, white, mad, divinely inspired by God and working alone, was constructed in the context of the Renaissance and the Italian city-state, in particular, in their need to politically establish themselves and their influence over other city-states. Art thus, was used as tool to display a city’s/region power and status, wealthy families such as the Medici in Florence, therefore, commissioned art not only because they loved and appreciated beautiful works, but as strong political statements.

Cities such as Florence, thus, became prolific centers for the promotion of artists as a way to secure the prestige and influence of a particular region.

Women, in this historical and political context, were not allowed to practice as artists, nor to pursue an education in the arts, those who did, were usually from wealthier families and dabbled in art as a hobby but not as a profession.

An exception to this was Artemisia Gentileschi - a Baroque Roman painter - the daughter of an established artist – Orazio Gentileschi – managed to become a professional artists working and making a living from her art.

Although today it is still difficult for women to become established in a field that for so long has been dominated by men, there are nevertheless an increasing number of successful female artists.

Yet, while I can relatively easily list female painters, I struggled to come up with names of famous architects; this is why I asked Amanda to write a blog about women architects.

An architect herself, originally from South Africa, Amanda currently lives in Switzerland. She teaches an evening class and is due to begin a course of 10 classes on architecture, as well as a workshop on urban planning.

In her blog “On Architecture” she discusses the work by Anya van der Merwe, and in particular, a project called Tree House.

When looking at this work, I wondered if the architects had been inspired by Gothic architecture and in particular the fan volts of English cathedrals and especially Exeter's multi- ribbed ceiling.

Yet, as much as I like Gothic architecture, I think that the tree house approach is perhaps more honest, as it provides a solution that tries to co-exist and blend the inside space with the outside environment, not to dominate it, diminish it, nor transcend it.

I also wondered what might be the challenges of a female architects working today; one challenge may be that they have no other role models than the narrow ones provided by history and the past. Another one may be how to assert themselves in a field that is already so strongly established. But perhaps, the real challenge for female artists and architects today, is not so much  how to fit in and strive into a pre-existing milieu, but is how to carve a new one, one that celebrate new methodologies and more harmonious and integrative ways of creating space, while at the same time allowing for multiple voices, ideas and perspectives to co-exist together.

In my introduction to architecture lesson I talked about a house in Cape Town called Tree House, which was designed by VDMMA in 1999, and marked a turning point in the career of Anya van der Merwe, who is one of the directors of the practice. Anya was few years ahead of me, studying at University of Cape Town, and was one of the legendary women students of our generation. I studied at University of kwaZulu Natal, but even from so far away we were inspired by her bold and innovative thinking.

Tree House went on to win the UK Architectural Review’s International Competition, beating nine hundred other designs from around the world. In 2013 the SABC’s Top Billing featured the Tree House, with Anya and Macio giving a personal tour of the house.

In 2012 Anya was the first woman architect in South Africa to receive an AIA Lifetime Achievement Award for architecture.

Tree House remains one of my personal favourite house designs, because, apart from being so innovative in it’s structure, it also gently and beautifully fits into the “Spirit of Place” of it’s site. The canopy of umbrella pine trees provided a starting point in the design, and are referenced throughout in the structure.

The innovation in the structure of this house lies in the way the tree like columns support the roof structure, allowing the enclosing transparent steel and glass walls of the house the freedom to be placed independently from the main structure. Space can thus flow easily and the plan is able to take up a life of its own. The house itself becomes tree like, offering a canopy of shelter, and rooted into the ground, but at the same time bringing nature right into the spaces. The feeling is one of living in a tree and being one with nature.

Posted by JArt Studio-Gallery at 3:54 PM 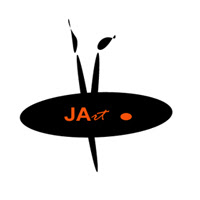 Exposed will presents 250 works by artists and photographers exploring themes of voyeurism, survellance and the camera; it will feature works by Walker Evans, Robert Frank, Nan Golding, Lee Miller and many others. 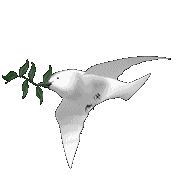 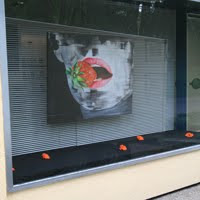